On 20/7/15 The Italian Education Minister, Prof. Stefania Giannini, visited the faculty, accompanied by the Italian Ambassador Francesco Talo and representatives of the Italian government and the embassy. The Technion members who attended the meeting with the Minister and her team were the Technion President Prof. Peretz Laavie, Vice President of Public Relations and Resource Development , Prof. Boaz Golani, Dean of the Faculty Prof. Yoram Halevi, and Professors Anath Fisher, Moshe Shoham and Alon Wolf.
President Lavie and Prof. Golani presented the Technion, its academic status, international relations and stressed the issues of entrepreneurship and innovation. The minister emphasized the importance of the scientific contacts between the two countries and expressed hope for their continuation and deepening. The Dean of the Faculty introduced the Faculty and the research being conducted there. He described the many connections that exist between the members of the faculty and colleagues in Italian universities that include a large number of bi-national conferences and joint research projects.
Prof. Anath Fisher presented her research on multi-scale geometric modeling of the bones in the human body. Prof. Alon Wolf described his research in the field of self-mobile robots, such as the snake robot, and the study of human movement using mechanical engineering notions. Prof. Shoham described his research in the field of medical robotics and introduced two notable results. A Robot that performs back surgery, which is already in full medical use, and development of a miniature robot that can move within the circulatory system.
The meeting was also attended by a delegation of professors from the University “La Sapienza” in Rome, headed by the rector, Prof. Eugenio Gaudio, who visited the Technion at the same time. The delegation was organized by the Friends of the Technion in Italy, Mr. Piero Abbina and Ms. Nora Alkabes. It also included Professors Antonio Carcaterra and Paulo Gaudenzi from the Department of Mechanical and Aeronautics Engineering who met with faculty members with common research interests. 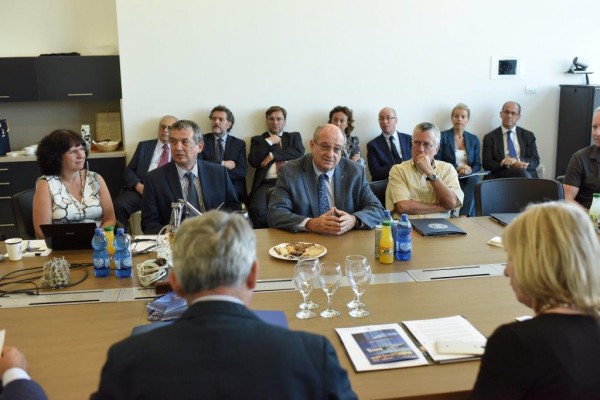 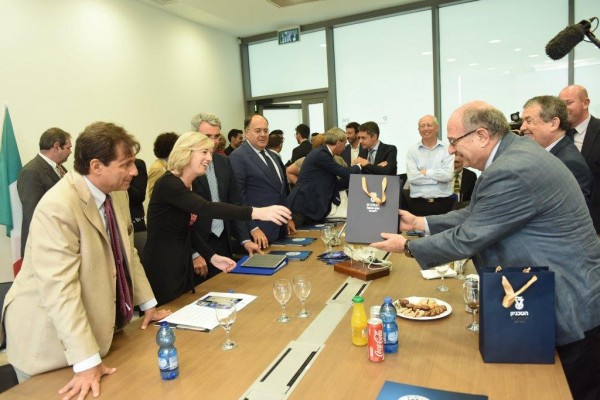 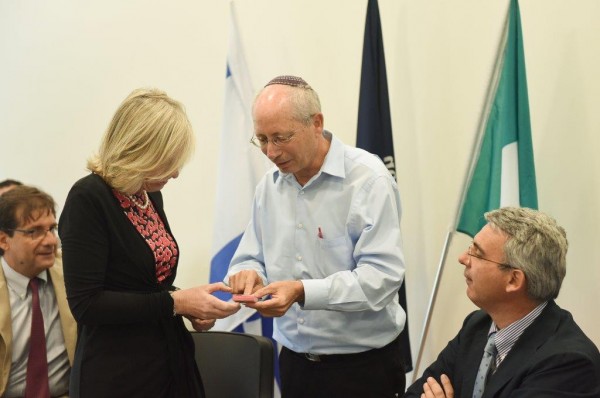 Slideshow of the event