Muscles have a hierarchical structure that spans several scales. A typical muscle is comprised from millions “contractile units”, sarcomeres, that are connected in series to form myofibrils which are in turn bundled into muscle fibers. The size of a single sarcomere is about one micron (hundredth of the diameter of a human hair), and it produces force by the collective action of molecular engines.

Titin is a protein that functions as a molecular spring in sarcomeres. It contributes to force transmission between sarcomeres, and limits the range of motion of the sarcomere in tension. Thus, titin has a crucial role in maintaining the structural integrity of the sarcomere, and in reducing microscopic damage due to eccentric contraction. Recent developments in experimental techniques have enabled scientists to study single titin molecules and to measure forces and distances in the piconewton and nanometer ranges. It has been found that titin includes a tandem array of close to 240 compactly folded domains. Individual domains unfold when the protein is stretched and refold when tension is removed. It has been recently realized that these domains act as shock absorbers during muscle function.

A bi-stable element is a structure that has two stable equilibrium configurations for the same applied load. A classic example is provided in fig.1 below. From the mechanical perspective, titin can be conceived as a chain of bi-stable elements (domains) connected in series. For a prescribed overall length, several equilibrium configurations are possible. When stretched, disturbances due to the interaction with surrounding water molecules are expected to drive the system to follow the path of minimum energy, which does not involve dissipation (energy release). However, releasing energy from the system is a fundamental requirement from a shock absorber. How is it then that titin takes this role?

In a paper published in the journal Applied Physics Letters, Dr. Sefi Givli and Itamar Benichou from the research group of Biomechanics and Multi-scale Modeling approach this question, and show that nature has optimized titin structure and size in order to function as an efficient shock absorber. This amazing structural optimization cannot be incidental, but rather a result of directed evolution. 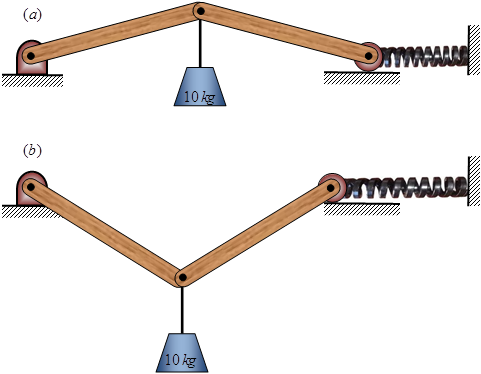