In the Laboratory of Bio-Dynamics and Mechanics of Locomotion headed by Dr. Yizhar Or, we investigate the dynamic behavior of swimming microorganisms such as bacteria and sperm cells in various environments and conditions. The goal of the research is development of methods for design and control of artificial micro- and nano-scale robotic swimmers for autonomous navigation inside the human body in order to perform biomedical tasks. In such small scales, the swimmers are governed by low-Reynolds number hydrodynamics, where effects of viscous drag dominate while inertial effects are negligible.

In his theoretical research, Dr. Or has investigated the dynamics of swimming near a solid boundary, and discovered changes in motion trajectories, including periodic wave-like oscillations along the wall, as well as attraction to the wall which is characterized by passive asymptotic stability, meaning that the swimmer converges to steady translation parallel to the wall without requiring any position measurement or feedback control. Similar results have been observed previously in experiments involving swimming bacteria and sperm cells near a solid surface. 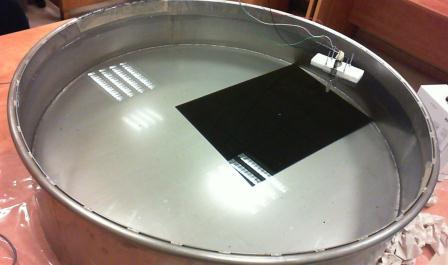 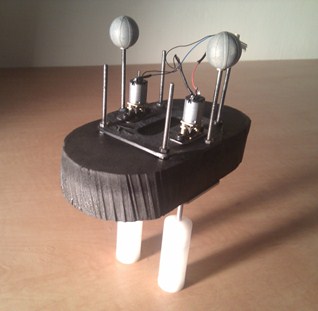 In order to demonstrate the theoretical results experimentally, several prototypes of macro-scale robotic swimmers have been designed and built in the laboratory, as part of senior projects of undergraduate students, supervised by graduate students. The robotic swimmers are actuated by electrical motors and their motion is measured and recorded by an infrared camera mounted on the ceiling. The experiments are conducted in a container of highly viscous silicone fluid (60,000 CSt) in order to ensure a correct scaling of low Reynolds number. In order to study the long-time swimming along a boundary, a circular container has been constructed (Figure 1), where motion along unbounded distance can be obtained.

Figure 3: a wave-like trajectory of oscillations along the boundary: (a) simulation results, (b) experimental measurements (after “rectification” of the boundary)

Figure 4: a cycloidal trajectory along the boundary: (a) simulation results, (b) experimental measurements

One swimmer prototype is propelled by rotation of two submerged cylinders using DC electrical motors which are mounted to a floating foam cell (Figure 2). For this swimmer, the theoretical analysis predicts steady translation parallel to the wall, possessing marginal stability under perturbations: small perturbations about the equilibrium state result in wave-like periodic oscillations along the wall (Figure 3), while large perturbations result in cycloidal motion trajectory (Figure 4).
When adding a third non-rotated cylinder which is rigidly attached to the floatation foam (Figure 5), a 2.5-fold increase in the swimming velocity has been measured. This surprising and non-intuitive result, which has been predicted previously by several studies, and is a consequence of the amplified hydrodynamic interaction between the cylinders through the fluid moving in the thin gaps between them. Additionally, it has been shown that the swimmer now has an asymptotically stable solution of steady swimming parallel to the wall, to which the motion trajectory converges passively under initial perturbations (Figure 6), due to breaking the geometric symmetry in the swimmer’s structure.
Another prototype which has been studied in an articulated robotic swimmer composed of three rigid links connected by revolute joints that are actuated by servo motors (Figure 7). The joint angles are changed as a periodic function of time in a way that emulates a traveling wave along a flexible tail of a microorganism. For this model, called Purcell’s three-link swimmer, we study geometric methods for controlling the desired net motion, the influence of a boundary on the motion trajectory and its stability, and the effect of a prescribed time-periodic profile in the motor torques on the dynamic evolution of the swimmer’s shape and stability of periodic solutions. 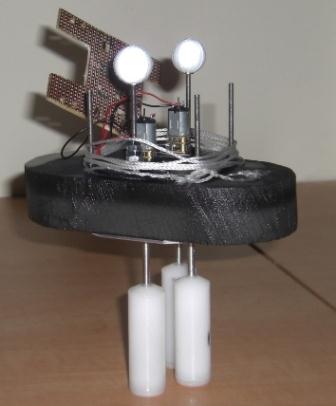 Figure 5: a robotic swimmer prototype with additional unactuated cylinder at the lab

Figure 6: convergence of the trajectory to steady translation along the boundary: (a) simulation results, (b) experimental measurements (after “rectification” of the boundary)